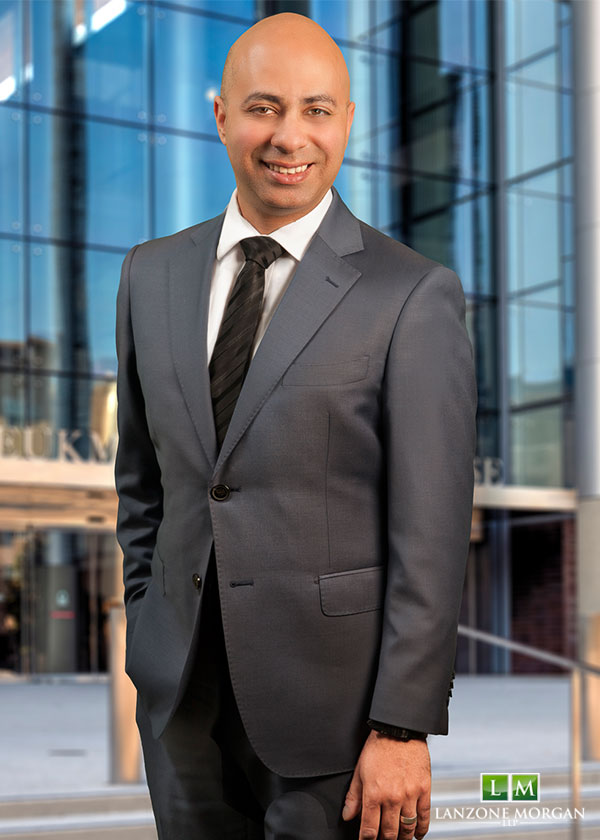 Ayman Mourad joined Lanzone Morgan as an attorney in 2018. He received his B.A. in English Literature from Whitman College and his J.D. from Lewis and Clark Law School before he began his law career. Ayman revolved his career around the fight for the underdog. Growing up, Ayman wanted to fight for those who cannot fight for themselves. Similarly, Ayman looks up to the United States’ 44th President, Barack Obama, for his eloquence and finds his devotion to working for the benefit of others inspiring. It is evident that Ayman dedicates his life to help others. Prior to practicing law, Ayman spent 3 years teaching English in Japan and Korea. Not only did he teach English, but also extensively studied Japanese to better communicate and connect. Ayman has previously worked in the Civil Rights field, including employment discrimination, housing discrimination, hate crime, and disability discrimination.

Ayman is now working in elder abuse because it coincides with everything he has done in life. He went to law school to help people. He admits he likes to help families and victims find even a little bit of justice in the largely unjust system. Ayman hopes to bring all issues regarding elderly care to light, so facilities will operate in a way that protects their residents and changes the system altogether. The attorneys are Lanzone Morgan share this mission with Ayman. Additionally, he wants to learn from partners, Anthony and Jim, and work alongside them for he recognizes “they are clearly some of the best in their field.” The synergy between the firm’s common goal and the opportunity to work with two highly respected elder abuse attorneys leaves Ayman seeing nothing other than working at Lanzone Morgan in his future.

Mr. Mourad is an attorney in good standing licensed to practice law in California and Illinois.