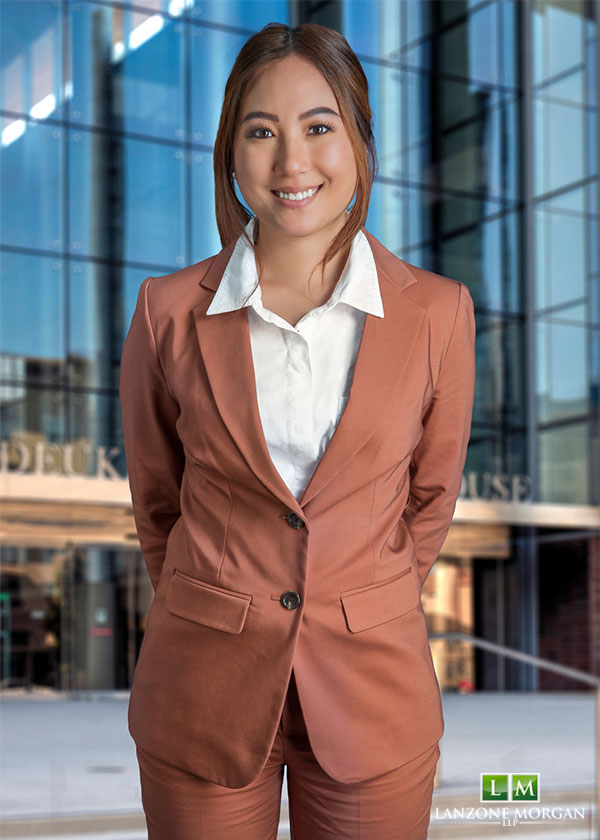 Jessica S. Jin Tenney, “Jess,” joined Lanzone Morgan’s team as an attorney in 2019 after receiving her J.D. from Chapman University Fowler School of Law. Prior to attending law school, Jess earned her B.A. in English Literature from the University of California, San Diego. During law school, she worked for Elder Law and Disability Rights Center, Legal Aid Foundation of Los Angeles, Orange County Public Defender’s Office, and Chapman’s Mediation Clinic and Juvenile Hall Clinic. Her extensive work experience with vulnerable populations exemplifies her heart for social justice. In addition, she served on the board for Chapman’s Asian-Pacific American Law Student Association and Chapman’s Outlaw, which is a collaborative effort that fosters diversity and inclusion in the legal community.

Jess believes that elder abuse law is one of the most noble of the legal professions. Jess cannot stand for abuse, neglect, or injustices that people suffer at the hands of someone they have entrusted with their lives. Jess chose to join Lanzone Morgan because of the firm’s attitude of placing integrity, honesty, and ethics above all else. Jess is proud to have joined this team of genuine, kind, and positive individuals. At Lanzone Morgan, she hopes to help as many people as possible, compensate victims for their losses, and deter bad behavior from those in charge of caring for vulnerable people.

Growing up in Washington State, Northern California and Irvine, Jess dreamed of being a preschool teacher and saving animals. When she is not working, Jess enjoys spending time with her husband and their rescue dog, cooking and experimenting with new recipes, hunting for vintage treasures at thrift stores, hosting board game nights, reading fiction novels, and frequenting the movie theater. Overall, Jess looks forward to having a happy life, doing what she cares about with those whose company she enjoys the most.