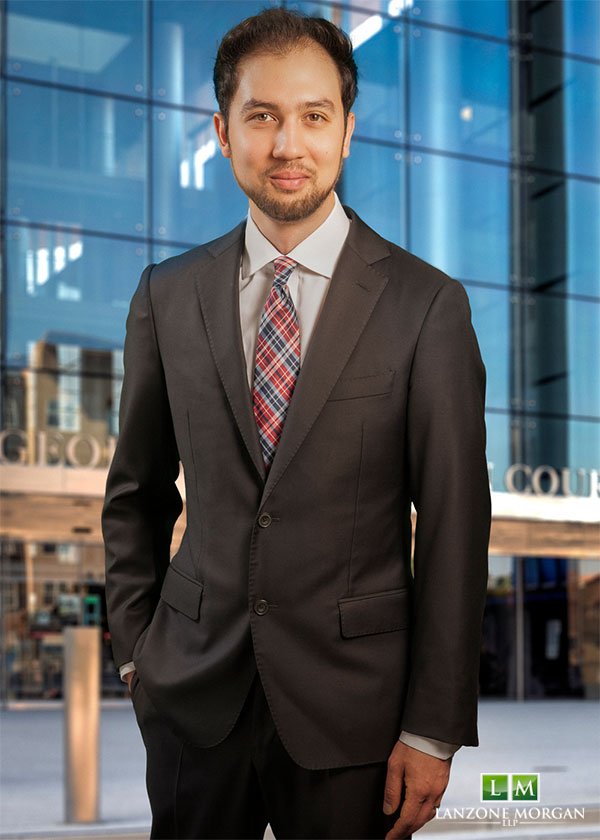 Reza Sobati first joined Lanzone Morgan LLP’s premier team of attorneys in 2014.  While obtaining his J.D. from Loyola Law School, Los Angeles, Reza sought out opportunities to prepare himself for his career in litigation. Reza was fortunate enough to work as an extern for the Superior Court of Los Angeles judges Hon. Benny Osorio and Hon. Graciella Freixes and Federal Trade Commission.  Reza also worked as a law clerk at Lanzone Morgan LLP prior to becoming an attorney.

Reza grew up in Chatsworth, CA, in a culturally diverse household. Reza and his two brothers grew up heavily involved in sports such as basketball and wrestling.  Sports taught Reza lessons that he has applied to his career as an attorney, including the importance of hard work and determination.  Reza strives to live by the maxim that “we are what we repeatedly do. Excellence, then, is not an act, but a habit.” This can be seen through his work as his tireless efforts have helped recover millions of dollars for his clients.

Reza became an attorney because he strongly believes in the role civil attorneys play in holding corporations accountable and keeping people safe.  Because of this, Reza and the rest of the Lanzone Morgan LLP team feel a sense of responsibility to their clients and society at large.  With a steadily increasing elderly population, it is important, now more than ever, to ensure that our most vulnerable citizens are receiving the dignified care they deserve.  More often than not, families and their loved ones are seduced by marketing ploys and empty promises of good care from facilities.  Unfortunately, by the time issues come to light it is too late for the elderly victim.  While we may not be able to undo what was done in a specific case, we can ensure that the wrongdoers are held responsible and prevent it from happening again.

There is a high level of ethics and sense of duty to the clients at Lanzone Morgan, according to Reza. He knows that the attorneys will do whatever it takes to obtain justice for victims and their families. He also appreciates how much the partners, Anthony and Jim, empower the team and has learned a lot from the partners, noting that “they do things the right way.”