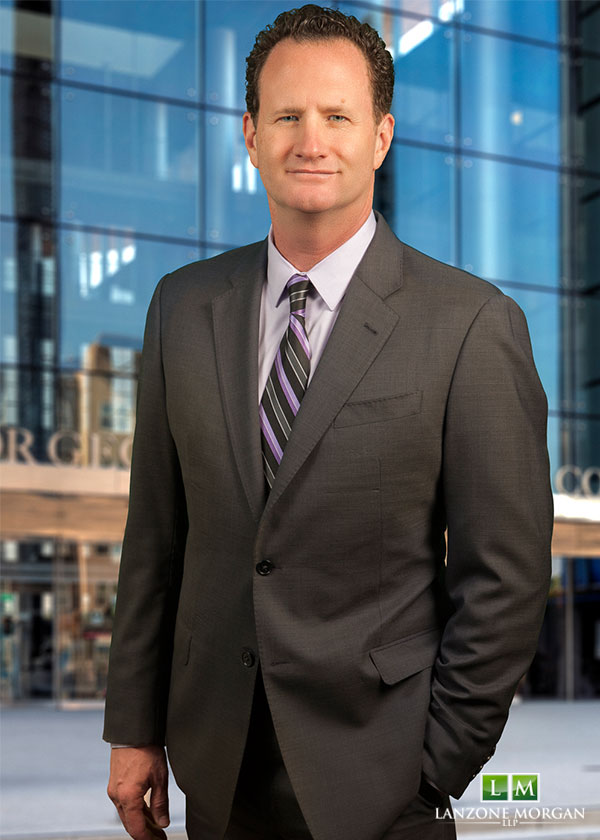 James Morgan is one of Lanzone Morgan’s highly renowned partners, dedicating his career to fighting for the underdog. James is the youngest of eleven children. His father was a military dad and his mother worked at a local school cafeteria. As his family was not wealthy, he learned the value of compassion and hard work at an early age. Throughout his childhood, James befriended a variety of unique individuals, often those who did not fit in, who influenced his love for all people. For his entire life, he wanted to help others and knew that he could achieve his goal through a career in law.

While James’ credentials span over 20 years of successfully litigating elder abuse cases, he is most respected for his effect on others. James is extremely loyal to his clients, employees and work. He dedicates himself to taking care of all of those around him, and genuinely wants to serve the people. Many reflect on their conversations with James and his ability to make them feel as though they are the only person in the room. Of all the victories in his career, James believes his best achievement has been able to create a good place to work; one that is financially stable, provides a positive environment to work and full of employees with big hearts who care about others as much as he does.

James believes his most important takeaway from his career thus far is to speak up and act when a wrongdoing has occurred. There are so many people who cannot stand up for themselves, and it may prove imperative to their life and well-being to speak up for them. James often reflects on a quote from Martin NeimÖller during an early postwar period lecture as inspiration to continue his work:

“First they came for the socialists, and I did not speak out – because I was not a socialist.

Then they came for the Jews, and I did not speak out – because I was not a Jew.

Then they came for me – and there was no one left to speak for me.”